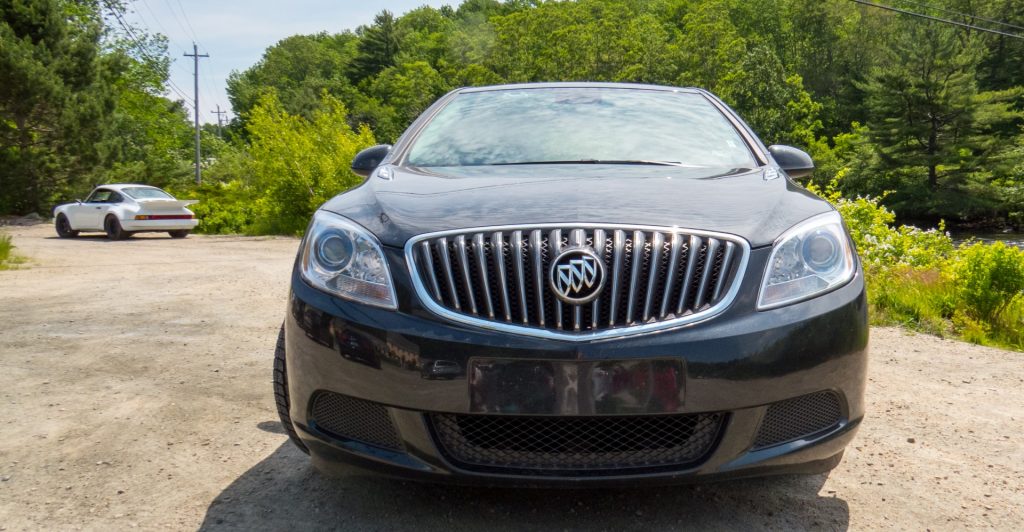 I’ve heard many people question the existence of Buick since 2008. The reply is always “well, they’re big in China, so GM needs them”. Which has always seemed to be a bit of a disservice to Buick. Buick sells more cars than Audi, Acura, and Infiniti, and comes surprisingly close to beating VW. They aren’t doing too badly here. I also hear “Buick doesn’t know what they want to be.” Well, after spending 5 weeks in a 2015 Verano, I’m going to have to disagree. I would say that Buick knows exactly what they are, and they do a pretty good job of being Buick.

What does that mean? I’m going to tell you something, and maybe it’s going to hurt a little bit, but most drivers aren’t like you and me. We’re enthusiasts. We look down on automatics, turn our nose at CVT’s and drown our tears in laments over the lack of brown diesel wagons with manual transmissions. We relish a stiff suspension, decry body roll, and 30mm sway bars? Yes please! 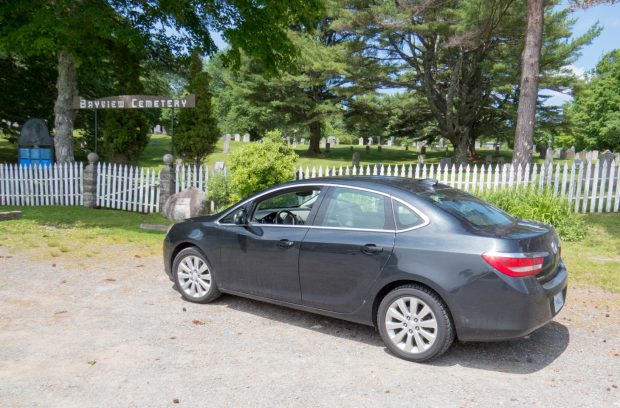 I’ll start with the interior. The seats are big, plush, leather trimmed. Comfortable. A 6 hour drive left me feeling better than six hours on my couch.  The steering wheel is cheap and hard feeling plastic, but it’s the only surface that is. The rest of the plastics are soft, there’s some leather and fabric around, and blue LED lighting in the cup holder. The gauges are written in a clear, attractive font, and at night the needles shine a tiny spotlight onto your indicated speed. A nice detail in a car of this class. There’s also lots of room inside. This 6′-3″ writer can sit behind himself and be comfortable. An upright roofline has some benefits here. The trunk is what you’d expect from a domestic sedan, which is to say it’s massive. If the Verano doesn’t have enough room, you probably need a minivan. 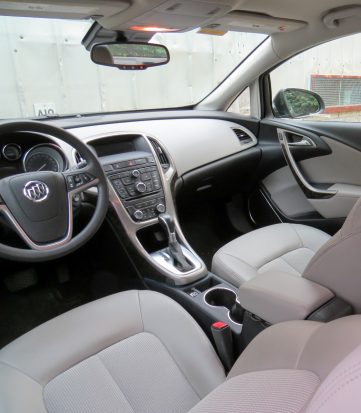 Where the interior is let down is the digital displays. The small one in the gauge cluster and the larger display for the radio. Both have the same font as a low-end microwave and seem completely out of place in any car made since about 2005. They are both large and easy to read, which was probably the design brief, but they are not appealing. This car is also very hard to see out of. The a-pillar is big enough to hide a Versa in the next lane, which means you need to be very conscious of pedestrians. The view out the back isn’t any better. Yes, some of this is due to safety standards, but it is much worse here than the average sedan.

There were a few small issues with the infotainment system, mostly that when starting the car, the radio wouldn’t always go back to the same setting. It seemed to want to default to AUX-in, regardless of whether an iPod or FM were playing when the car was shut off. It will also allow you to set both AM and FM pre-sets in the same set, which is unusual. Probably useful for those who want a mix of talk and music on their commute. 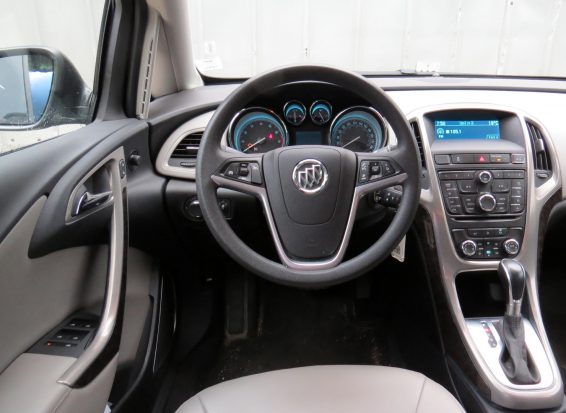 The powertrain is not the most refined but was quiet and responsive, only becoming noisy above 4500rpm. I don’t imagine it will spend much time north of there, and under 4500rpm, the 2.4L direct injected 4-cylinder moves the car along nicely with 180 hp and 171 lb-ft of torque. It is quiet enough that I didn’t realize it was direct-injected until I was looking up the power figures. That’s impressive for any DI engine. The 6-speed automatic would hold a lower gear on climbs, and even downshifted on long descents under braking. In manumatic mode, it will hold gears until you tell it to upshift.  Even when bouncing off the 7500rpm rev limiter (about 400rpm above redline). I did notice some surging from the cruise control on descents, but since I haven’t experienced this on Cruzes and haven’t heard complaints from other owners, I’m going to chalk that up to an issue with this specific car. It’s something you might want to look for if you’re test driving.

The suspension is what really makes a Buick a Buick, and that’s where this car shines. It reminds me of all of the best features of the Centuries Dad owned when I was learning to drive. Soft and compliant. Our roads aren’t getting any better, and cars keep getting stiffer. Not Buicks. The Verano rode very well over the worst pavement, but was never floaty, never boat like (and didn’t suffer from the horrible rear axle hop that almost put Dad’s first Century backwards into a ditch). It cornered well, and never gave up in the bends. Even with snow tires in July. 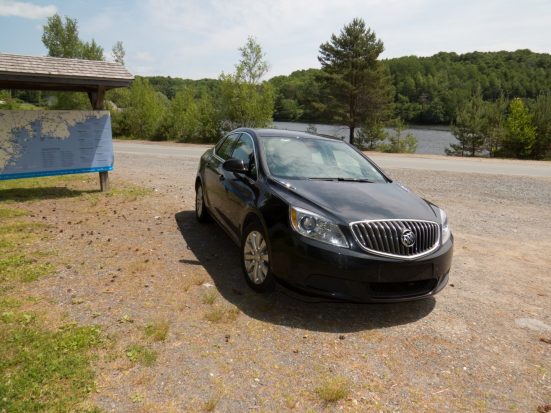 The most shocking thing to me about the 2015 Verano is how quiet it is. Passing oncoming pick-ups at 100 km/h was unnoticeable. Tractor trailers barely registered. I never turned the radio above 1/4, because there was no need. Coming from a Honda this was shocking, but it’s definitely quieter than the rest of class.

Is this car just a fancy Cruze? Sure. But if you give it a chance, it’s more than that. It’s the kind of car that’s getting harder to find. A car that rides well, is very comfortable, and gets surprisingly good gas mileage (I averaged 7.1L/100km). If I had to sum it up, it would be “it’s a Buick”. And there’s nothing wrong with that.