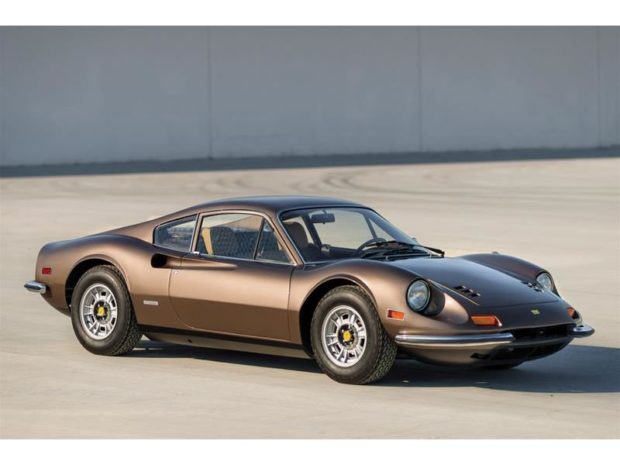 It was a car so controversial that when it was introduced the maker chose not to put his name on it. The car wore his son’s name, just in case it soiled the brand. Today it’s considered the ideal sports car layout, and the predecessor of some of the brand’s most iconic cars. The car itself is now highly coveted and loved by fans of the brand and owners.

The car was the 206 Dino. It was the first mid-engined road car built by Ferrari, but it never wore the Ferrari name. The layout was continued by the 308, 348, and F355, all the way to today’s 488 models. Despite the fears that lead to Ferrari badging the car after his son Dino instead of wearing the family name, the car was a massive success. Nearly 4,000 Dinos were built, most being the later 246 models. It was the automaker’s first lower-priced car, and it sold accordingly.

The original 206 GT was a striking car, designed by Pininfarina and built by Scaglietti. It had soft lines, swooping curves, vents and scoops, recessed headlights and delicate chrome bumpers. It’s a cliché, but the long rear glass, arched rear fenders, and upright windscreen makes this car look fast, even sitting still.

The mid-engine layout was still very new. It was still considered dangerous in a road car, as suspension design hadn’t caught up with the handling limits. It could lead to sudden and erratic behaviour at the limit, and that was what had Enzo Ferrari nervous about the new car. A cheaper, possibly more dangerous car? It could be his name on a deathtrap. But he needed an engine and design to homologate for Formula 2 racing, so the Dino name went on the badge instead. Fortunately, the handling worries came to nothing. The Dino was an excellent drive, later named as one of the best sports cars of the decade.

It had a 2.4L, dual-overhead-cam V6. This time the block was iron instead of aluminium, but it made a claimed 195 hp at a still-high 7,600 rpm. There were other changes as well. The body was now steel instead of aluminium to save costs compared with the 206. The wheelbase was 60 mm longer. This was the car that resounded with buyers, and 3,569 were built.

Despite the steel construction, the car still weighed just 1,100 kg. It still had fully-independent suspension and disc brakes at all corners. It was faster than a Porsche 911S of the time and priced closely as well.

Our Find of the Week is an absolutely stunning 1973 Dino 246 GT. It has had a recent full restoration and is finished in Marrone Dino Metallizzato. A delightfully Italian way of saying that it is metallic brown. The interior is Sabbia (sand) and black. Take a look inside and see the beautifully simple controls, classic gated shifter, and absolutely absurd steering-wheel angle.

The seller says that this is a California car, which makes for a good restoration candidate. The car had just one owner for 30 years before being restored and brought to Victoria, BC. This is an expensive car, but the value of all Ferraris, whether they are badged that way or not, is on the ride. The seller claims that the cost of the restoration was nearly $225,000.

If you’re interested in a beautiful classic to keep in your garage. Or hopefully (for the rest of us) to drive as much as possible? Then take a look at this gorgeous 1973 Dino 246 GT, this week’s autoTRADER.ca Find of the Week.